The THT is a fluorescence widefield macroscope developed for detecting low light fluorescence that is emitted from biological sample at a low magnicifation. This macroscope has a very simple optical path combining two large-diameter objective lenses and a custom-made large fluorescent filter.

Custom-made systems can be constructed according to your request.

Depending on the combination of lenses, the total magnification is about 0.19x to 6.3x (Actual field of view varies depending on the sensor size of the camera used).

Because a large diameter and high numerical aperture lens is used, extremely bright imaging is possible. Signals that were previously difficult to detect may be easier to detect, and even samples that could be captured so far may have higher S/N ratios.

There is no visual observation function. It is designed to focus on camera shooting with a higher S/N ratio. 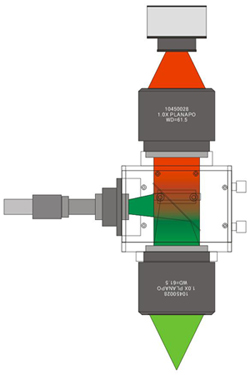 The optical axis can be tilted and rotated: no need to tilt the sample 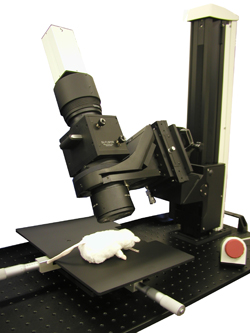 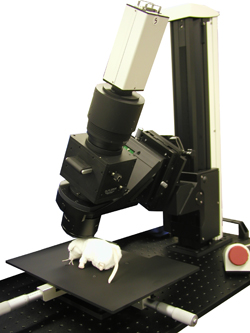 Normally, an excitation light source is connected to the left port of the THT main unit and used as a coaxial epi-illuminator. 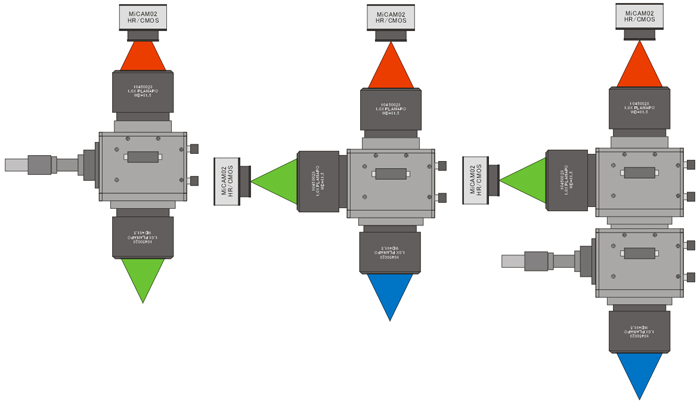 An inverted fluorescence macroscope has been manufactured. The space on the sample stage becomes freer, so we expect that the degree of freedom in manipulator installation and electrode operation will increase. It can also be used with an upright fluorescent microscope. Please feel free to ask us for microscope bases and sample stages to suit the purpose of the experiment. 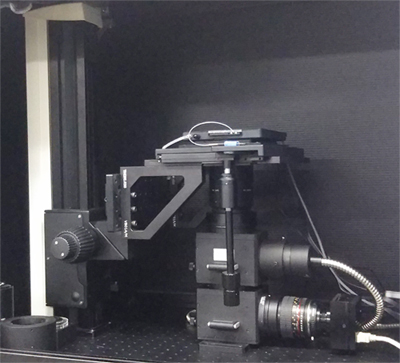 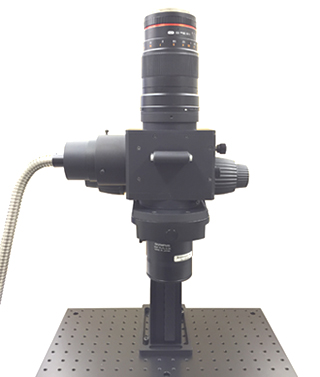 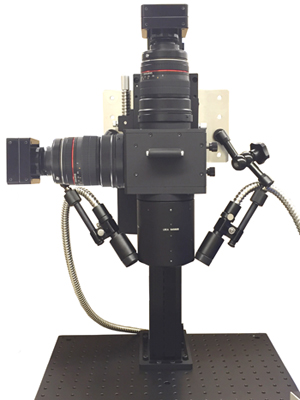 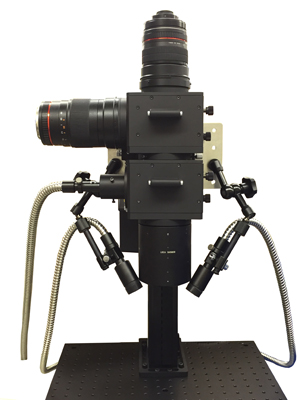 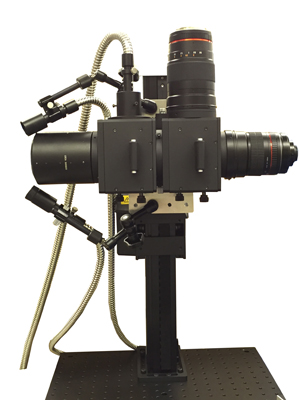 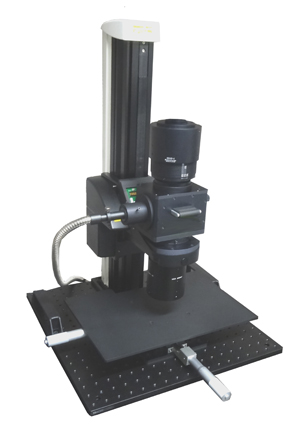 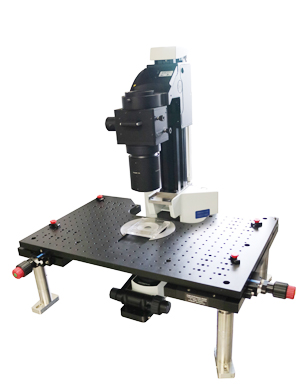 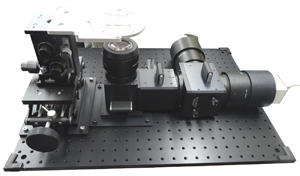 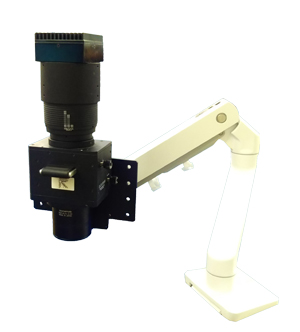 * Blank is no measured data